FIFA president Gianni Infantino downplayed Qatar's last minute ban on the sale of beer at World Cup stadiums as nothing more than a brief inconvenience to spectators.

"If this is the biggest problem we have, I’ll sign that (agreement)," Infantino said Saturday, a day after the conservative Muslim emirate did an about-face on the deal it had made to secure the soccer tournament.

Infantino blamed "crowd flows" in Doha for the decision, though it appeared to be a ruling by Qatar’s autocratic government to placate its conservative Wahhabi citizens who already have been angered by some events around the tournament they view as Western excesses.

Infantino said the beer ban at stadiums was made jointly by Qatar officials and FIFA.

"We tried until the end to see whether it was possible," Infantino said of allowing alcohol sales. "If for 3 hours a day you cannot drink a beer, you will survive. Maybe there is a reason why in France, in Spain, in Scotland, alcohol is banned in stadiums. Maybe they are more intelligent than us, having thought maybe we should be doing that." 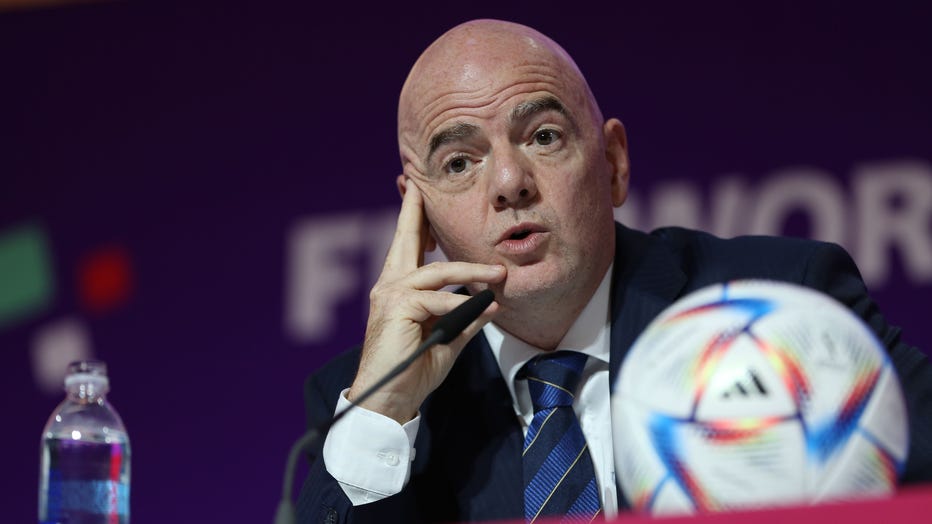 Spectators can drink alcoholic beer in the evenings in "the FIFA Fan Festival," a designated party area that also offers live music and activities. Qatar puts strict limits on the purchase and consumption of alcohol, though its sale has been permitted in hotel bars for years outside of the tournament-run areas.

The World Cup begins Sunday with an opening match between host country Qatar and Ecuador, and when Qatar made its pitch to host the tournament, the country agreed to FIFA’s requirements of selling alcohol in stadiums. The alcohol plans were only released 11 weeks before kickoff and then changed on Friday.

FIFA says non-alcoholic beer will still be sold at the eight stadiums, while champagne, wine, whiskey and other alcohol will be served in the luxury hospitality areas of the arenas.

Previous World Cup hosts have been asked to make concessions. For the 2014 tournament, Brazil was forced to change a law to allow alcohol sales in stadiums — but the same cultural issues were not at play. 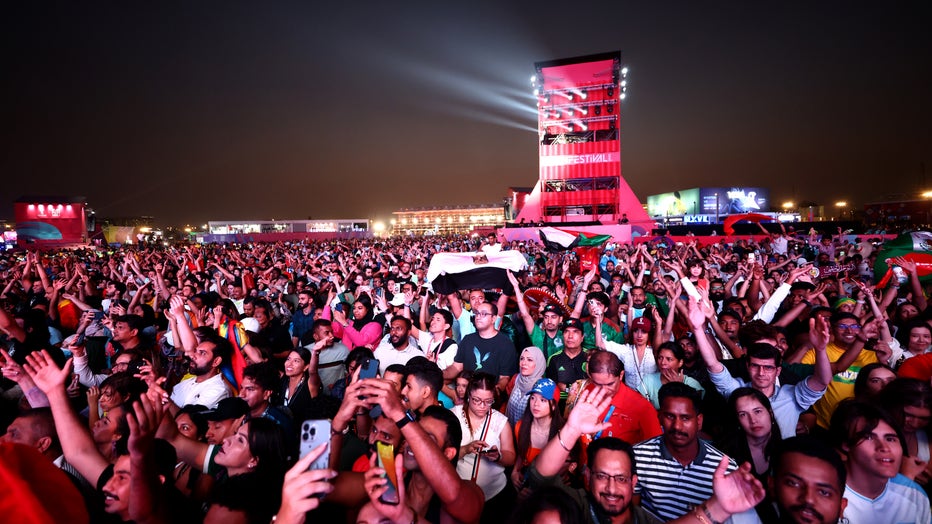 Fans enjoy the atmosphere prior to the Fan Festival Official Opening ahead of the FIFA World Cup 2022 Qatar Fan Festival at Al Bidda Park on November 19, 2022 in Doha, Qatar. (Photo by Francois Nel/Getty Images)

AB InBev’s deal with FIFA was renewed in 2011, after Qatar was picked as host. However, the Belgium-based brewer has faced uncertainty in recent months on the exact details of where it can serve and sell beer in Qatar.

READ MORE: Hey Yank! It's football, not soccer. Or is it?

Infantino denied that the ban of beer sales has harmed FIFA's relationship with Budweiser, its official beer sponsor.

"We are partners for some decades, and we look forward to partner for the future," he said. "This particular situation has brought us even closer together."