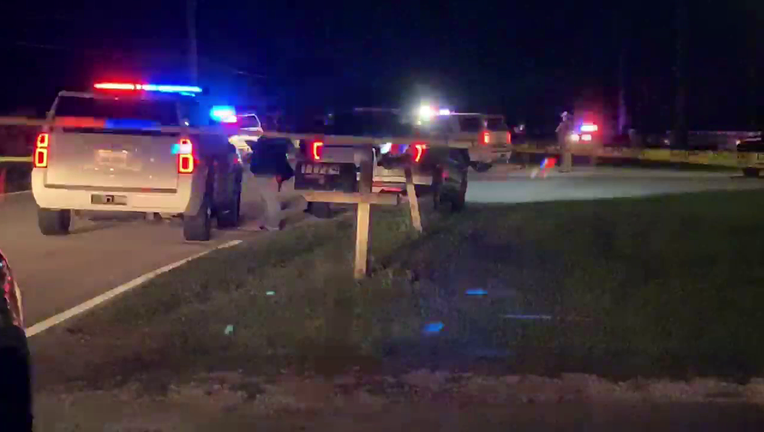 A disturbance call leads to an officer involved shooting in Galveston.

GALVESTON, Texas - On Saturday night at approximately 8:30 p.m, Galveston Police were called to a disturbance at the 2900 block of Sunny Ln.

As the first officer arrived, he observed the suspect vehicle, described as a white GMC pick-up truck, leaving the scene, according to Galveston PD. The officer initiated a traffic stop at which point the suspect failed to comply and began actively evading. The officer pursued the suspect a short distance to 9 Mile Road and Stewart Rd where the suspect crossed the intersection and crashed into the ditch on the south side of the roadway.

Immediately following the crash, the suspect exited the vehicle, and an officer involved shooting occurred during which the suspect was struck. Officers on scene rendered medical aid to the suspect until he was transported by Galveston EMS to UTMB hospital where he is currently listed in stable condition.

No others were injured as a result of the shooting and a handgun was recovered at the scene.