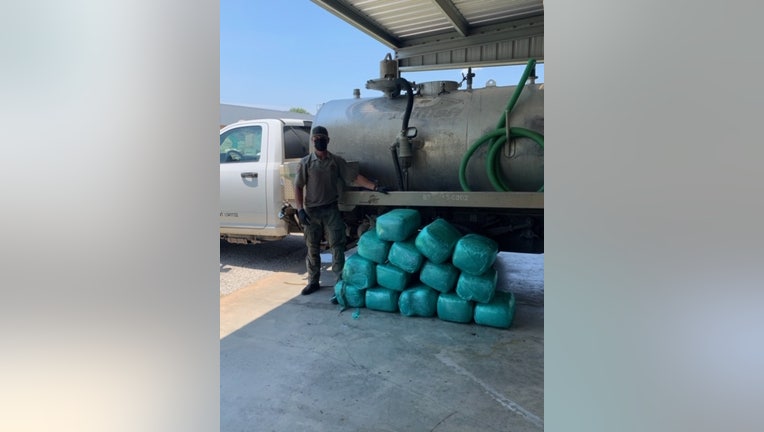 FLATONIA, Texas - Two people have been arrested after being found to be transporting a large amount of marijuana in Fayette County.

According to Fayette County Sheriff Keith Korenek, on the morning of August 4, drug interdiction investigators conducted a traffic stop on a 2014 Dodge septic cleaning truck on I-10 near Flatonia.

A consent to search the vehicle lead an officer to open the lid of the cleaning truck where he found 350 pounds of marijuana wrapped in bundles of "plastic cellophane, axle grease, and tape consistent with illegal narcotics." 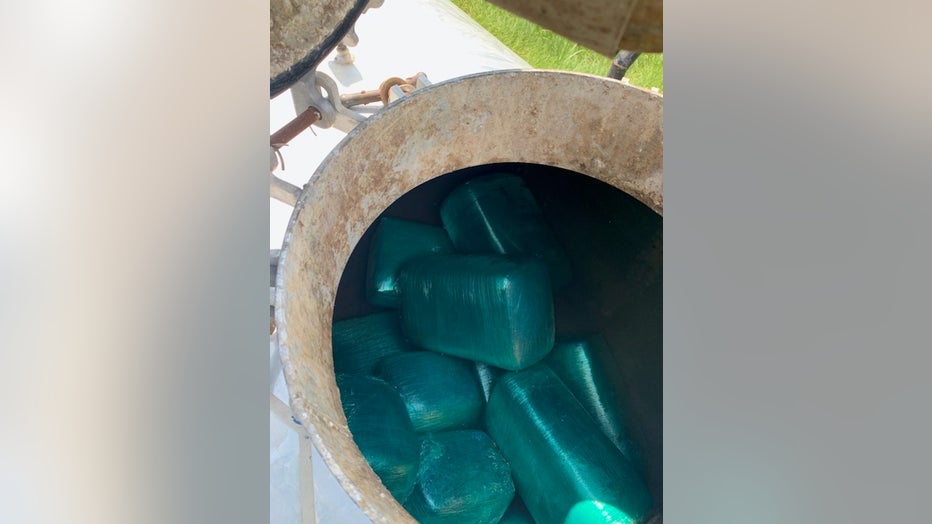 The pair were charged with felony possession of marijuana.