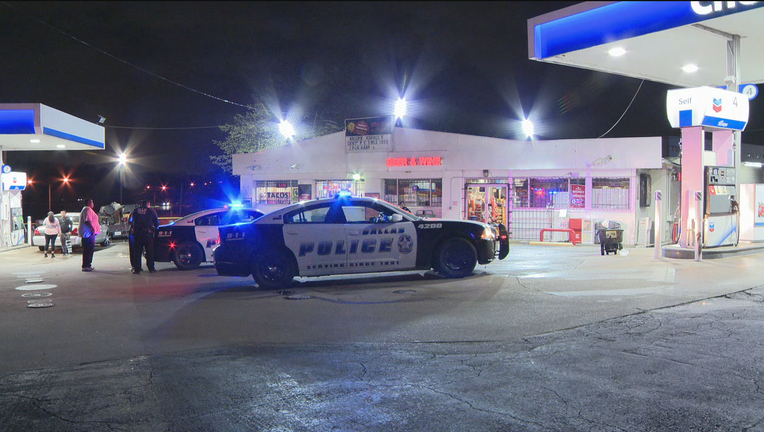 It happened around 10:30 p.m. at the Chevron station on Westmoreland Road in the Redbird area.

Police said two men in an SUV were asked to move so workers could power wash the parking lot. Instead, one got out of the Ford Expedition and began shooting with a rifle.

One of the workers on the power washing crew was hit in the head and at last check was in critical condition.

A person believed to be a customer was hit in the leg.

The SUV drove off and the suspects are still at large.