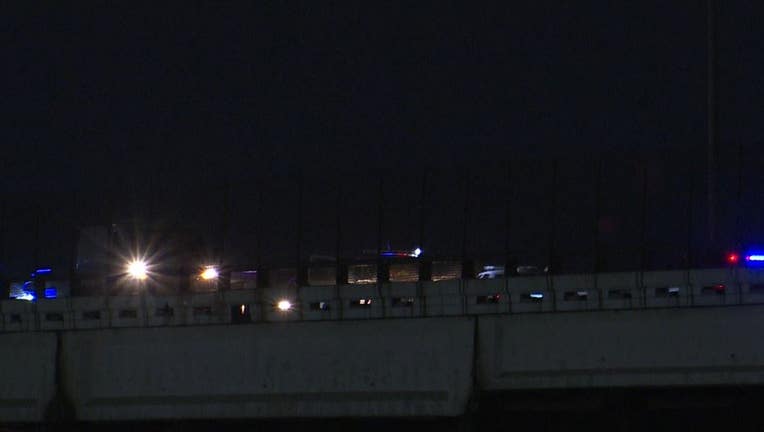 HOUSTON - A fiery car crash with a big rig on the Houston Ship Channel bridge overnight Sunday resulted in at least one driver killed.

It happened around 3 a.m. on the 610 southbound lanes of the ship channel bridge. That's where authorities say they found an 18-wheeler and a white sedan partially on fire with the unidentified driver partially ejected from the car.

Officers say they took lifesaving measures until firefighters took over to put out the car's flames, but the driver sadly succumbed to their injuries.

The southbound lanes of 610 were closed for several hours while an investigation was conducted.

Meanwhile, the truck driver reportedly did not show signs of impairment and remained at the scene, and cooperated with officers.

No other information was shared, as of this writing, but FOX 26 will continue to update this story as it continues to develop.